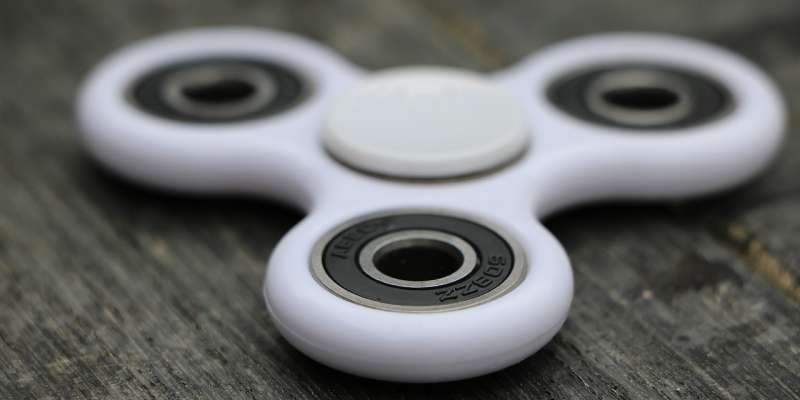 The Internet is all buzz nonstop about fidget spinners, the latest craze to invade workplaces and schools. These pocket-sized devices, which can be spun with the flick of a finger, are marketed to ease the symptoms of ADHD. Image: Pixabay

﻿Difficulty in paying attention, moving constantly, interrupting others, avoiding work - if these issues are ongoing and you feel that they are negatively impacting your daily life, it could be a sign of attention-deficit/hyperactivity disorder (ADHD).

ADHD is a disorder that makes it difficult for a person to pay attention and control impulsive behaviors. He or she may also be restless and almost constantly active.

ADHD is not just a childhood disorder. Although the symptoms of ADHD begin in childhood, ADHD can continue through adolescence and adulthood. Even though hyperactivity tends to improve as a child becomes a teen, problems with inattention, disorganization, and poor impulse control often continue through the teen years and into adulthood.

Current research suggests ADHD may be caused by interactions between genes and environmental or non-genetic factors. Like many other illnesses, a number of factors may contribute to ADHD such as:

Cigarette smoking, alcohol use, or drug use during pregnancy

Exposure to environmental toxins, such as high levels of lead, at a young age

People with ADHD show an ongoing pattern of three different types of symptoms:

These symptoms get in the way of functioning or development. People who have ADHD have combinations of these symptoms:

Overlook or miss details, make careless mistakes in schoolwork, at work, or during other activities

Have problems sustaining attention in tasks or play, including conversations, lectures, or lengthy reading

Seem to not listen when spoken to directly

Fail to not follow through on instructions, fail to finish schoolwork, chores, or duties in the workplace, or start tasks but quickly lose focus and get easily sidetracked

Have problems organizing tasks and activities, such as doing tasks in sequence, keeping materials and belongings in order, keeping work organized, managing time, and meeting deadlines

Avoid or dislike tasks that require sustained mental effort, such as schoolwork or homework, or for teens and older adults, preparing reports, completing forms, or reviewing lengthy papers

Forgetful in daily activities, such as chores, errands, returning calls, and keeping appointments

Signs of hyperactivity and impulsivity may include:

Fidgeting and squirming while seated

Getting up and moving around in situations when staying seated is expected, such as in the classroom or in the office

Running or dashing around or climbing in situations where it is inappropriate, or, in teens and adults, often feeling restless

Being unable to play or engage in hobbies quietly

Being constantly in motion or “on the go,” or acting as if “driven by a motor”

Blurting out an answer before a question has been completed, finishing other people’s sentences, or speaking without waiting for a turn in a conversation

Having trouble waiting for his or her turn

Interrupting or intruding on others, for example in conversations, games, or activities

Showing these signs and symptoms does not necessarily mean a person has ADHD. Many other problems, like anxiety, depression, and certain types of learning disabilities, can have similar symptoms. If you are concerned about whether you or your child might have ADHD, the first step is to talk with a health care professional to find out if the symptoms fit the diagnosis. The diagnosis can be made by a mental health professional, like a psychiatrist or clinical psychologist, primary care provider, or pediatrician.

Why ADHD children are more susceptible to lying?

Children with ADHD may lie more often than other children. It doesn't come out of disobedience. It comes from feeling overwhelmed or challenged by what is being asked of them. For example, Pritam's mother asks her son to clean his room. After some time, when she asks if he cleaned his room, he says yes. But when she goes into the room, it still looks messy and she is confused why he would lie about something as simple as cleaning a room.

The issue isn’t that he intended to lie, but that the task he was given to do was either too hard, too big, or too complicated — he didn’t know even where to begin, so he froze. And when push comes to shove, some kids would rather lie and face those consequences than try to do what is being asked. Bottom line? For some kids with attention deficit disorder (ADHD or ADD), lying is just easier.